For years I have unjustly declared my father the ultimate blocker. Everyone wants to date the son of a preacher man, but such is not the case for the daughter. Numerous guys, real or imagined, were too afraid to pursue me because my father is a pastor (or maybe because they didn’t even know I was interested). Well there’s a new ultimate blocker in town and her name is MOMMY! 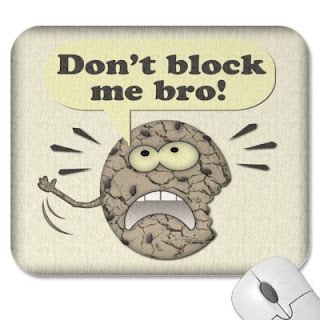 I cleaned my parents’ garage recently and had a plethora of items to drop-off at the Salvation Army. I warned the Salvation Army man there was a ton of heavy stuff on my first trip. Ma Dukes later joined me with the rest of the items. The Salvation Army man came to help us unload and said my last box had some of the heaviest stuff he ever had to carry. I smiled and said, “I warned you, but this load is much lighter.”
With all our items finally loaded, Ma Dukes and I prepared to head back to our cars. Suddenly I heard the Salvation Army man call me over. I thought I left something behind and went to see. Ma Dukes was cranked up and about to drive off but stopped during the following exchange:

“Where your old man at?” he asked.

I know this man was not trying to talk to me with my mother present.

“Sir, why can’t you just ask me if I have a boyfriend?” I replied. “And besides I’m not old enough to have an old man. A young one perhaps. And where is your old lady?”
He pointed to the sky.

“In Heaven, with Jesus?” I said dumfounded. “Well now I just feel depressed.”

And with that, I walked away. Thus ended my fleeting moment of male appreciation before the New Year. Granted the man was not someone I would have even entertained, but I couldn’t let him get his flirt on with my mama watching like a hawk in the sky. Who knows when she would have hopped out?

She claims the guy was mad the moment he saw her pull up and knew he wanted to talk to me. Apparently I needed saving. Her stances are “A momma is a momma all the days of her life and yours no matter how old you get!” and “When the lioness feels like her pack is being threatened, she can and will attack, provoked or not, call it blocking if you like.”
This little lion cub was not being threatened especially in broad daylight with a crowd of people around. At any rate the Salvation Army man wouldn’t have lasted too much longer even if she was absence. I can’t be bothered sometimes and know how to get rid of “threats.” After all Ma Dukes taught me. But I guess there is just no stopping a blocker, especially if it’s your mama. At least she hasn’t blocked anyone I actually liked – yet. Here’s hoping my little brother isn’t a blocker too.
Posted by TONI at 1/04/2012 06:57:00 PM